My September was crazy!  I was so busy and took so many trips it was ridiculous.  As much fun as it was, I am glad it is over and everything is settling back down.  Its a good thing I was super far ahead in my GoodReads reading challenge because I barely had any time to read last month.   I had a super fun, whirlwind September, and here is the proof:

We started our month by driving to Nebraska (about a 7 hour drive) on the morning of the 1st.  My Boyfriend and Best-friend are both HUGE Cornhusker’s fans.  Nebraska beat Arkansas State 43-36.  We partied a lot before and after the game. (There were quite a few Jello Shots consumed) 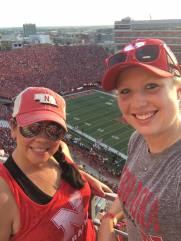 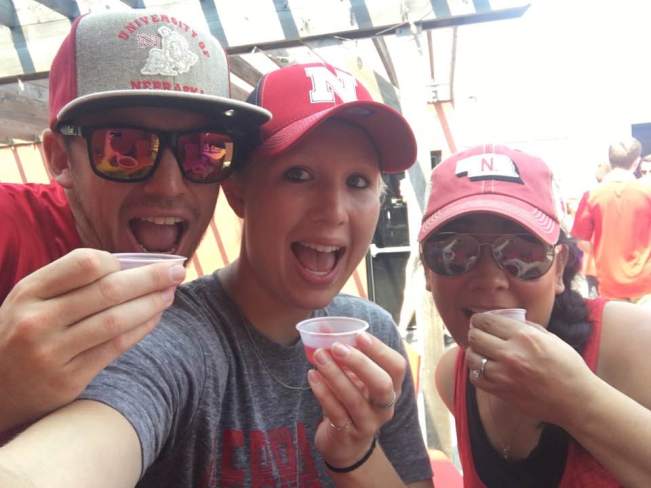 I will root for Nebraska as long as they are not playing Oregon.  I am a HUGE Ducks fan! We are a house divided, but its not so bad since Oregon and Nebraska are not rivals.  In fact they don’t usually play each other at all.  This was a 2 year deal, and since we went to the Oregon/Nebraska game last year in Lincoln, we had to go this year in Eugene.  My Grandma lives just outside of Portland so we stayed with her a couple nights, and spent the rest of our time in Eugene.  (Where we had even more Jello Shots) Oregon won 42-35!!! (Nebraska won last year 35-32) 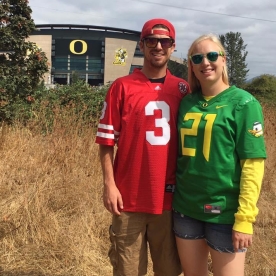 In the morning I went to do a trial run for getting my hair done for a wedding.  Then after that I went over to my Grandmas house to celebrate birthdays.  With my family we try to get together once a month to celebrate anyone who has a birthday that month, but we were slacking this year so we ended up celebrating birthdays from June through September.  There were 12 of us and we were celebrating 5 birthdays.

My Boyfriend’s Sister got married in Vegas.  It was a small ceremony with just her family.  My Boyfriend was the Best Man and I was the Maid of Honor (there were no other Bride’s Maids or Groom’s Men).  She got married at the Flamingo and it was really pretty!  We also did normal Vegas things, like Fremont Street and the giant Ferris Wheel. 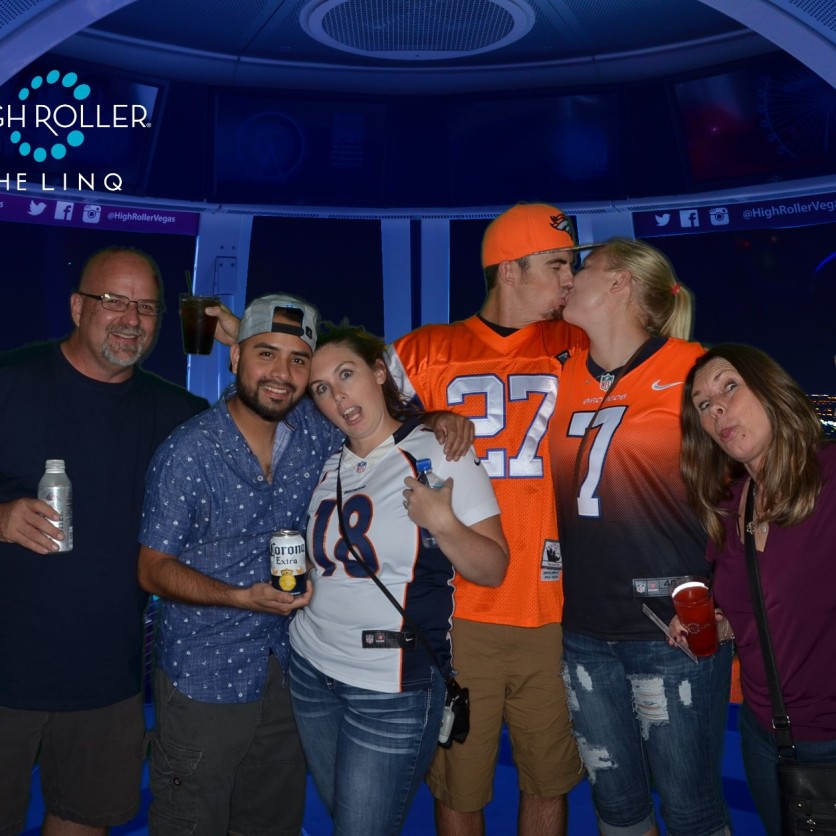 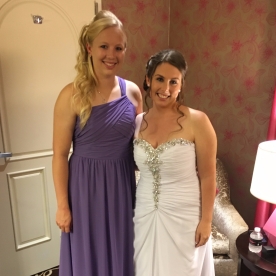 While the wedding ceremony was in Vegas, the reception was here at home, so all the couple’s friends and family could come celebrate.

To finish off our whirlwind September we had a whirlwind trip through Europe.  We are calling it our Germany Trip but we also went to Belgium and Luxembourg.  We didn’t stay more than a couple nights in any one place so we moved around a lot.  Our main point of the trip was Oktoberfest, so, of course, lots of beer was consumed!  There were 8 of us who went.  We had such a great time and got to see so many cool things.  Unfortunately the last couple days of our trip I had the flu, which sucked.  It was nice to come home after that, being sick in a different country is not fun. 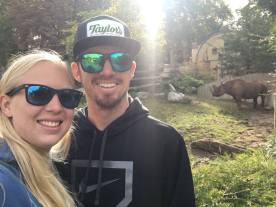 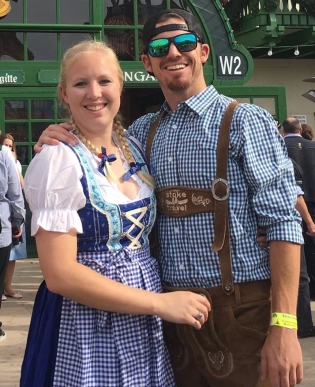 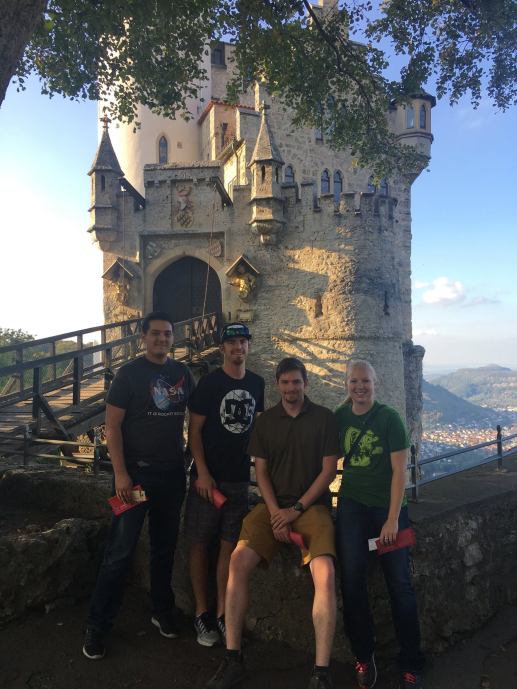 Other than getting sick I wouldn’t change a thing about our September.  It was awesome, and I will always have so many great memories.  There was a lot of “Once in a Lifetime” events and I’m glad we could be there for all of them!

Now that I am back and everything is returning to normal, hopefully I will have more time to read!  I have so many books I want to read and just haven’t had the time.  It will be nice to relax a bit!