If you haven’t already, don’t forget to enter my Birthday Giveaway!!!

The Netflix Book Tag was originally created as a YouTube tag by Whitney @ A Darker Shade of Whitney and then it was converted to a blog tag by Heather @ The Frozen Book Blog.  I was tagged by Zoe @ Zoe’s Library.  I don’t watch a lot of book YouTube so I can’t speak about Whitney’s blog, but Zoe and Heather have great blogs and you should go check them out!!!!

Top Picks – A book/books that have been recommended to you based on book you have previously read.

The Disasters by M.K. England

This was recommended because I like Guardian’s of the Galaxy and Thor: Ragnarok (which I know are movies, but this is my most recent read based on “If you liked X then you will like Y”)

Popular on Netflix – Books that everyone knows about. (Two You’ve Read & Two You Have No Interest In)

Sorcery of Thorns by Margaret Rogerson

The Princess and the Fangirl by Ashley Poston

It by Stephen King

The Handmaid’s Tale by Margaret Atwood

Dramas – A character who is a drama queen/king.

Cardan from The Cruel Prince by Holly Black

Not only is Cardan a total drama king, he is also a literal king!

Animated – A book with cartoons on the cover

Documentaries – A non-fiction book you’d recommend to everyone

I would recommend this to any Jane Austen lover! 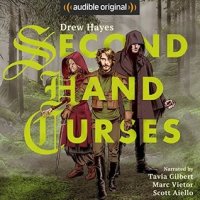 New Releases – A book that just came out or will be coming out soon that you can’t wait to read.

The Girl the Sea Gave Back by Adrienne Young

As always, don’t feel obligated to participate!  But if you do, let me know so I can check out your answers!